Marc Robert Steinberg has been the Managing Partner of Rubin, Glickman, Steinberg & Gifford P.C. since 1980 and has been a member of the firm since 1976. He has been litigating civil and criminal cases in Federal and State Courts for over 44 years and actively continues to do so. Mr. Steinburg graduated from Temple University School of Law in 1973, and holds an undergraduate degree from Pennsylvania State University.

Mr. Steinberg is the Immediate Past President of the Board of Directors of the Montgomery Child Advocacy Project (MCAP), a non-profit corporation that provides free legal services to abused and neglected children involved in court cases. He helped to start the non-profit in 1999.

In 2005, he was named the Trial Lawyer of the Year by the Montgomery Trial Lawyers Association. 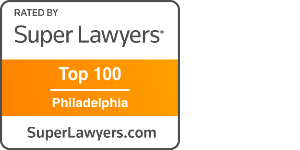